Health Benefits Of Coffee, Based On Facts 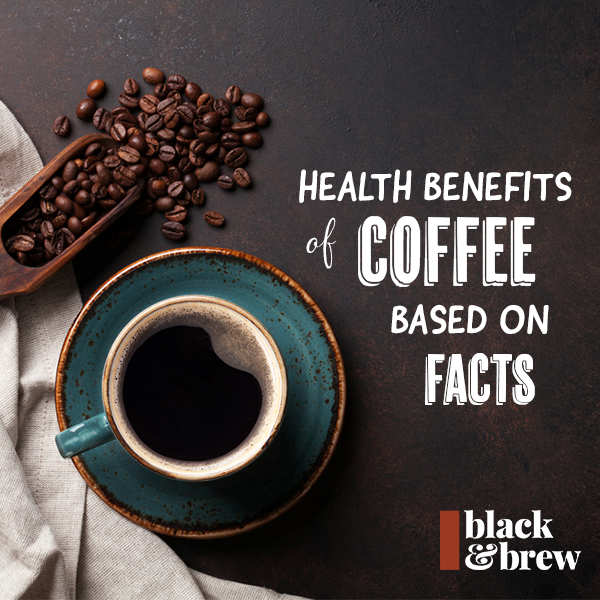 Yeah, we get it, a coffee house telling you about all the health benefits of coffee sounds like it may be a little biased. We didn’t want it to come off that way, so we are bringing some facts to the table.

Coffee is one of the most popular beverages in the world. With the ability to give you superhuman abilities (our opinion), all while tasting as great as it does (also, our opinion), there are some pretty amazing benefits that your body and mind can receive from drinking coffee.

In honor of the Mother of Dragon’s love for caffeinated beverages, here are 9 Health Benefits Of Coffee, Based On Facts that you can bring out in a friendly debate with any coffee haters out there.

There is a reason that waking up and pouring a cup of coffee kickstarts you to have a good day. According to a study in the World Journal of Biological Psychiatry, coffee can act as an antidepressant and increase neurotransmitters in your brain to make you feel better.

Depression is no joke, and sadly very common in the US; with over 4% of people meeting the criteria for clinical depression. However, after examining 74,000 women and 44,000 men, it was discovered that having a few cups of coffee a day reduced the risk of suicide by nearly 50 percent.

2. Can Help You Live A Longer Life

We aren’t saying that drinking coffee is the only factor that will give you a longer life, but according to a study from Annals of Internal Medicine, individuals who drink coffee are living longer than those that do not drink it.

3. May Lower Your Risk Of Having A Stroke

Strokes are the third leading cause of death in the US with nearly 140,000 dying and 795,000 total attacks each year. (Stroke Statistics)

According to the Annals of Internal Medicine, those who drink coffee every day had a lower risk of dying from many heart diseases.

4. Could Protect You From Neurodegenerative Diseases

Alzheimer’s disease is the most common neurodegenerative disease and unfortunately, has no cure. This disorder causes memory loss and mental deterioration. There are many things you can do to help prevent these types of diseases from developing at all.

Obviously, having good eating habits and exercising promotes a healthy life both mentally and physically, but studies from a journal called Nutrition have shown that drinking coffee can help lower the risk of developing these types of neurodegenerative diseases from developing by 27 percent.

5. Coffee Can Make You Smarter

Look, we’ve all had the coffee jitters. Sometimes when we’ve had too much coffee, and sometimes when we haven’t had enough. Coffee may help you feel less tired and give you boosts of energy throughout your day. (HPRU Medical Research Centre, University of Surrey)

This occurs because coffee is a stimulant that contains caffeine, which is the most consumed psychoactive substance on the planet. (Behavioral medicine & health psychology, Vol. 2. Understanding caffeine: A biobehavioral analysis.)

When coffee is consumed and absorbed into your bloodstream, it makes its way to your brain where caffeine blocks some of your inhibitory neurotransmitters and creates an increase in dopamine and norepinephrine, which then enhances the firing of neurons in your brain that improves brain functions such as your memory, mood, and reaction time.

Boom! That made us sound smart thanks to both of these two amazing studies. (1,2)

6. Can Help You Burn Fat

Believe it or not, caffeine is a natural substance that is an ingredient in nearly every fat-burning product on the market.

Unfortunately, if you are a frequent coffee consumer like us, these results are not as effective.

According to the Journal of Psychopharmacology, employees who consume coffee have an optimistic mindset towards themselves and their co-workers versus those who do not drink coffee. That must be why everyone at Black & Brew is always in a chipper mood. Also, consuming coffee creates an increase in participation during group activities in the workplace.